Current automation systems often use graphical user interfaces based on SCADA. However, requirements in the field of controls are increasing and developments such as Digital Twin are becoming more and more important. The HTML-GUI can then offer a solution. The HTML-GUI can function on any conceivable PLC or PC platform and is also very user friendly. Also, there is no lock-in with a supplier and there is an end to (difficult) migrations of operational systems.

Since the beginning of the 90s, the web browser has experienced tumultuous growth. Whereas the first websites still consisted mainly of static code, with an image here and there, almost every conceivable application has now been built on the basis of markup languages such as HTML and CSS and scripting languages such as JavaScript. Particularly with the advent of web standards (i.e. HTML5 and CSS3), it is also becoming increasingly easy to build websites that function on every conceivable platform and are also very user-friendly. In industrial automation, SCADA programmes are still often used to realise operating interfaces. Control in the browser can provide great advantages for remote operation, linking with Digital Twin, inexpensive test and training systems, widely available programming knowledge, etc. 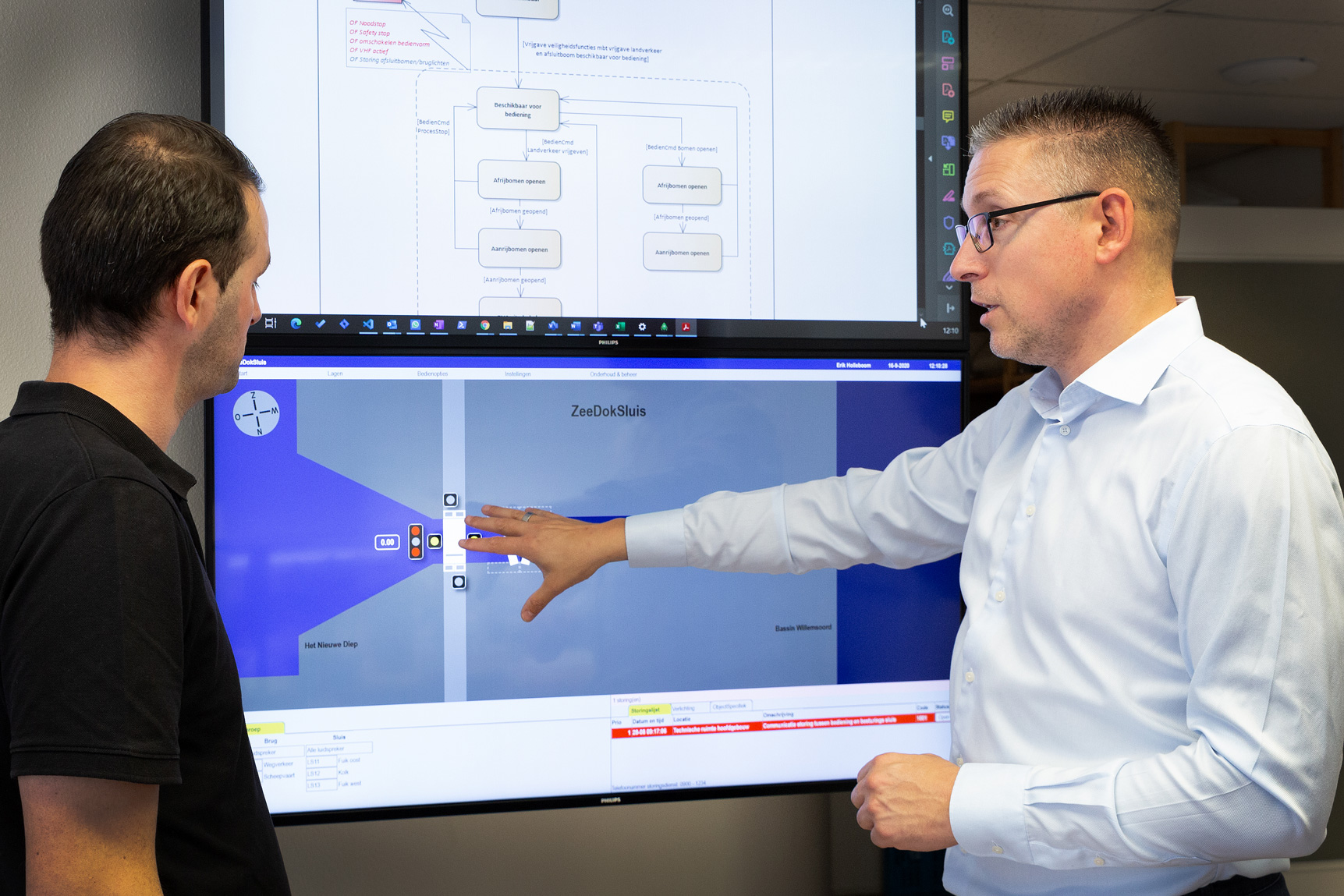 A GUI based on web technology: the architecture For example, a GUI developed by Strypes on the basis of the National Tunnel Standard, working in the Google Chrome web browser.

SCADA packages are increasingly making way for an operator interface based on web technology. Strypes has done research into the use of these techniques to realise a GUI. It turned out that in many cases it is quite possible to realise a complete GUI on a web-based basis. An architecture model consisting of five layers has been developed for this purpose: 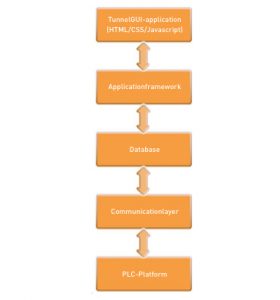 The application is formed by the actual application code, which consists of code in three forms:

The database layer provides a sort of “buffer” between the user interface and the underlying control platform, storing statuses and commands. The current value of each state variable and signal is stored. The application framework ensures that every change in a state variable is also immediately presented on the user interface. As a result, performance requirements are no longer an issue.

The communication layer takes care of the exchange of information between the database and the underlying control platform, for example via a standard such as OPC-UA and a polling mechanism, whereby the control platform is checked a number of times per second for changed information.

The transition from the traditional SCADA packages to a GUI based on web technology brings a number of advantages: